Before I´ll show you how to sew an early Victorian men´s shirt, I want tell you a bit about the little but obvious differences between Victorian and Georgian men´s shirts.

During Georgian and Regency era, a shirt always was a quite simple piece of clothing, made from rectangular pieces. Gussets provided sufficient movement at the shoulders and underarms. Excess width was gathered along the neckline and sleeves. Nearly nothing of a shirt was visible underneath a high-necked waistcoat, except from the jabot, made from fine fabric. 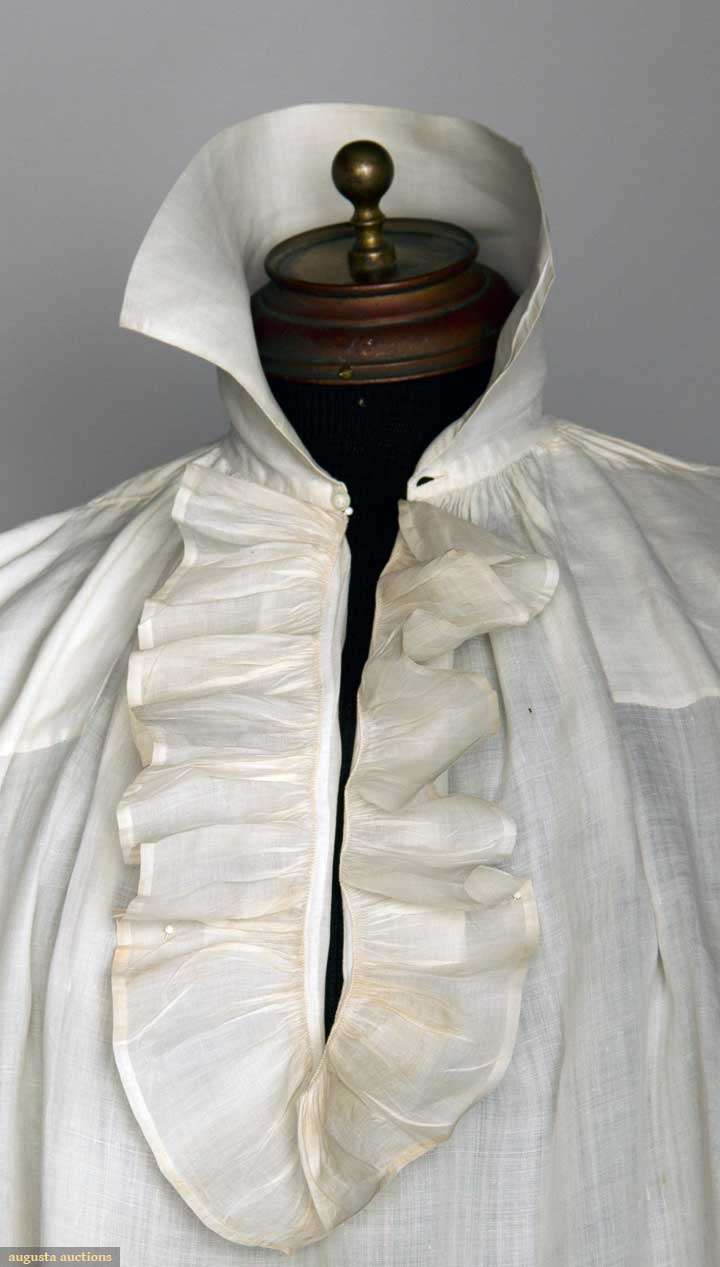 With the transformation of fashion at the beginning of the century, the claims to a shirt changed. Waistcoats with a revers or without collar showed more of the shirts front. So from about 1820-30 this part of the shirt often was emphasized with a bib front. The bib front could have folds or pin-tucks, also lace insertions. At the end of the century bib fronts were heavily starched and made from up to four layers of fabric.  The bib front shirts, made from fine linen or cotton, were worn for formal occasions.

Simple shirts without a bib front, made from cotton fabric or flannel, were worn by workingmen. 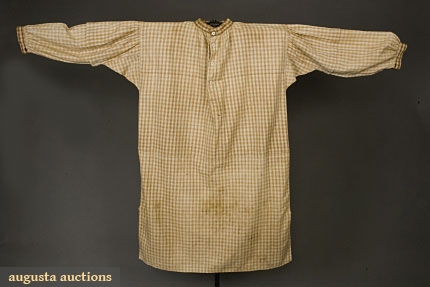 Simple cotton shirt 19th centuryGeorgian and Regency shirts had high sewn-on standing collars, to reach out a cravat.  Detachable collars appeared about 1820 and became very popular during the century. They were fixed to a shaped and narrow sewn-on collar with collar studs. Especially during the romantic period, from 1825-40, stiff stock collars were popular. 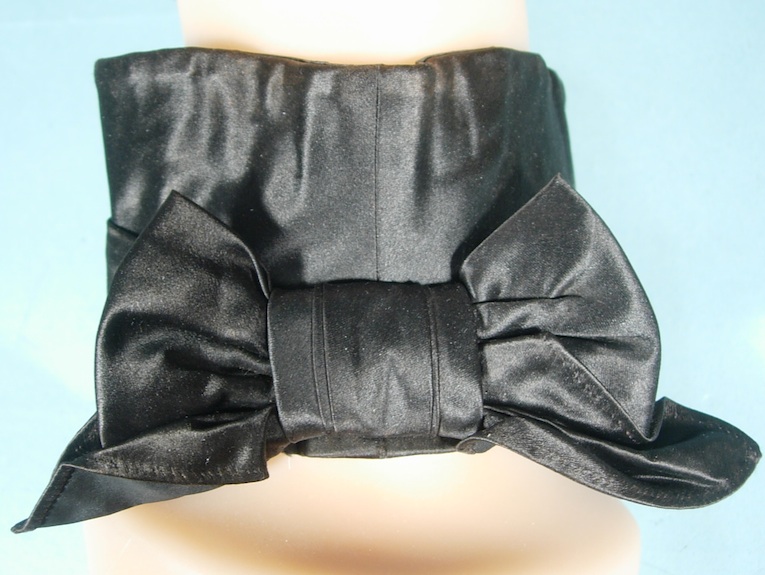 Georgian shirts had narrow cuffs, decorated with ruffles for formal occasions. Later shirts became different shaped sewn-on cuffs, depending on the use. Short cuffs for everyday life and hard work were buttoned overlapping. Long turn back cuffs for eveningwear or official occasions were buttoned in a “kissing style” with normal shirt buttons. Cufflinks became fashionable about 1850-60. 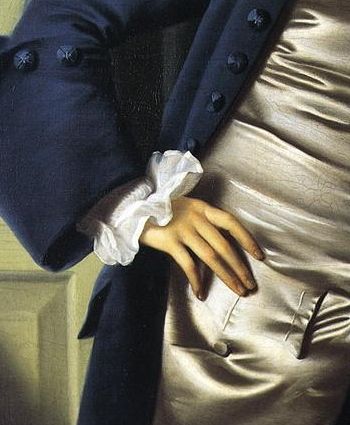 Next time I´ll Show you how to sew a mid 19th century men´s Shirt.

The sewing pattern is available via Etsy.