Sew with large stitches along the edge of the pant legs and gather.
Prepare knee straps. Fold pieces lengthwise, right sides together, sew along short edges, fold in seam allowance of inner part while sewing. Turn inside out, press. Sew knee strap to the pant legs, at the inside sew on straps by hand. 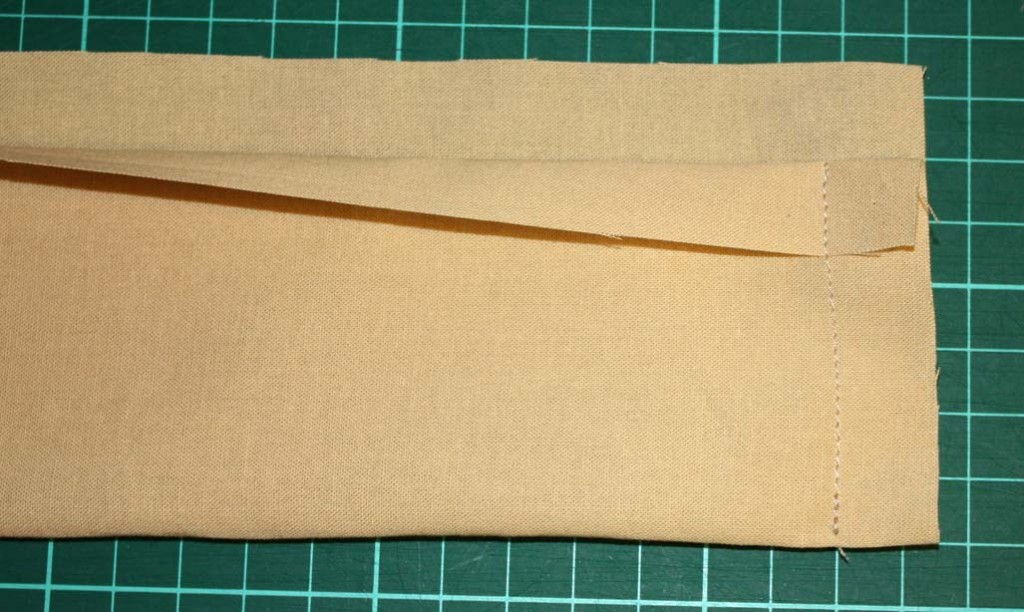 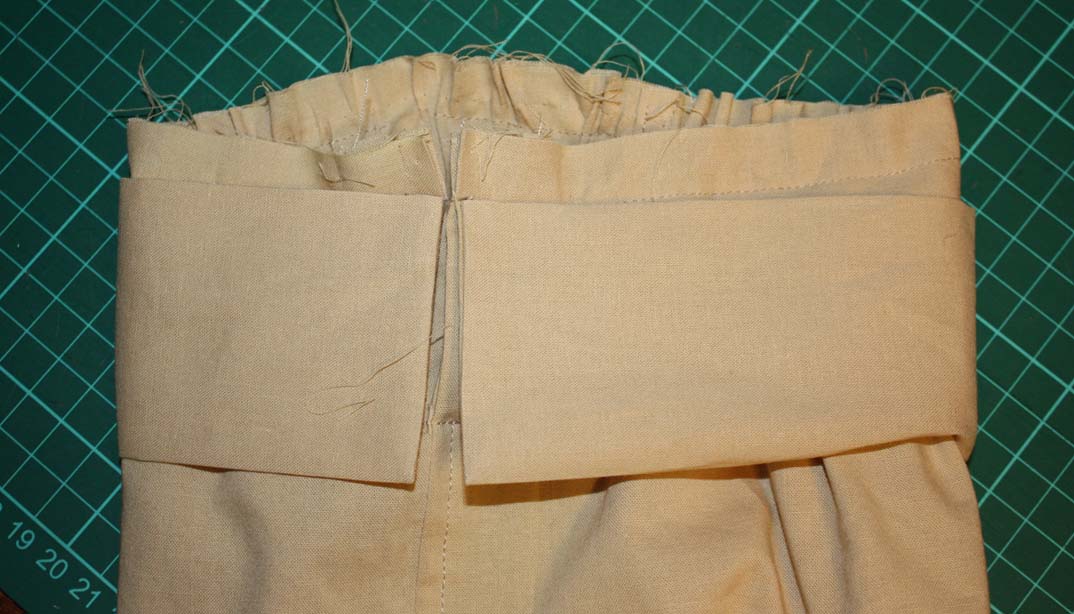 Close darts, close crotch seam, either as flat felled seam or as French seam.
Prepare waistband: Fold in seam allowances and press, fold straps lengthwise, right sides together, sew along short edges. Turn inside out. Pin waistband to the trousers, fold all darts towards center back, sew through all layers. 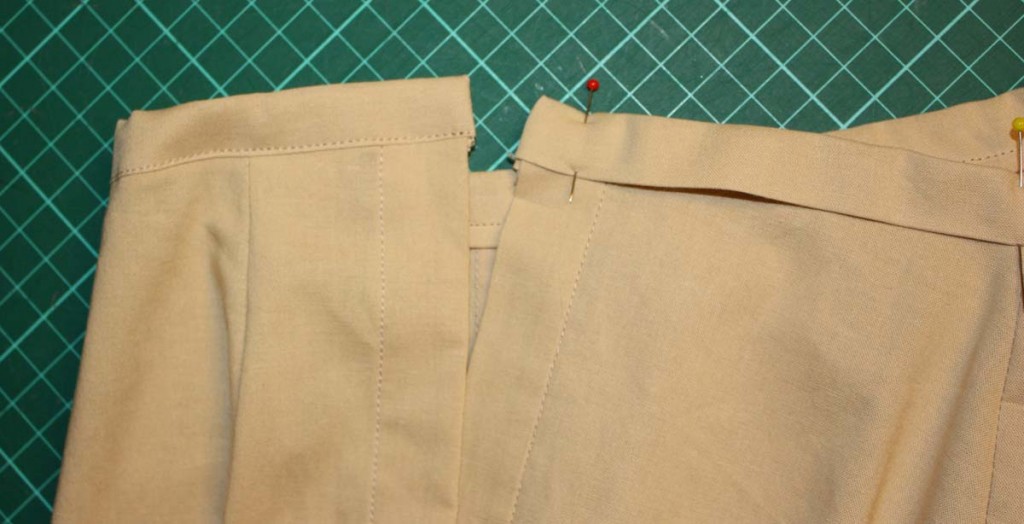 Mark position of buttonholes and sew, sew on buttons. 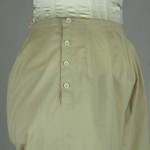 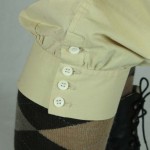 Days are becoming shorter, the high summer temperatures of this year passed. Yes, it became October. Nevertheless a little ride with my old bicycle was planned. The costume is nearly complete with skirt, blouse, jacket, gaiters and hat, just fitting bloomers are missing.
Here comes a little tutorial for bloomers, loosely based on an original from the Metropolitan Museum: http://images.metmuseum.org/CRDImages/ci/web-large/CI55.41.5b_F.jpg
The bloomers have a closed crotch seam, they will be closed with buttons at the waistband. The knee straps are closed with buttons too.

Prepare button stays: Fold straps for the button stays lengthwise, right sides together. Sew along one of the short edges. Trim seam allowance, turn inside out, press. Open the strap again and pin to the back trouser, just with one layer, sew. Clip seam allowance of back trouser at the end of the seam.
Fold inside the loose SM, fold button stay over the seam and pin to the trouser so that the edge will overlap the seam a little bit. Sew from the right side exactly along the seam. 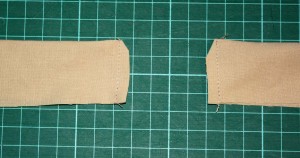 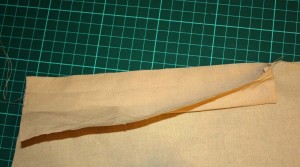 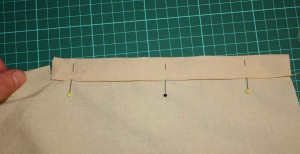 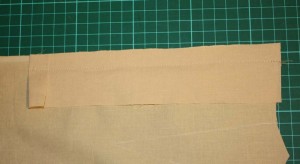 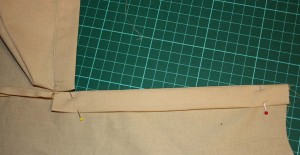